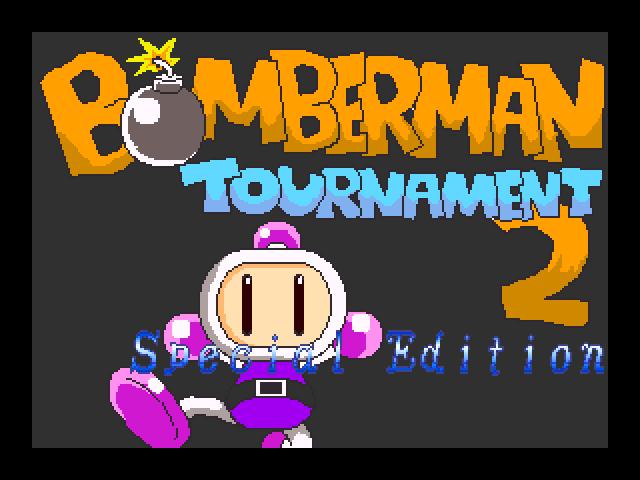 Why is this on the list?
A Bomberman adventure on RPG Maker? Surely you jest! However, it was no joke, as this game actually did appear on RPG Maker 1. Featuring a games compliment of custom graphics, puzzles featuring Bomberman-style gameplay trademarks, and a decent story, this game shows a taste of the outside-the-box thinking that patient and determined developers use to make the most of out RPG Maker. 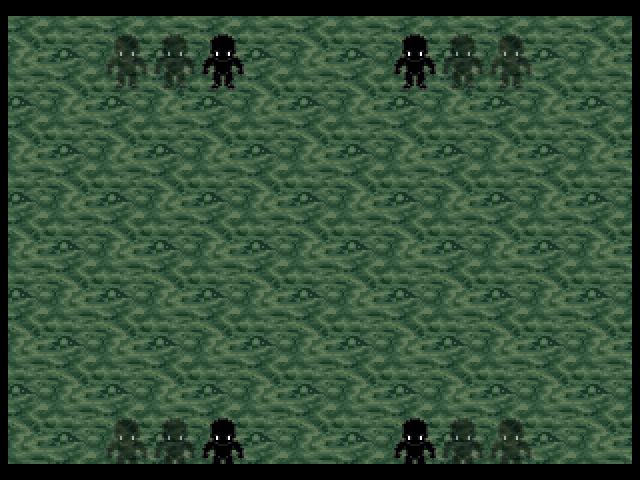 Why is this on the list?
Who said it had to be a long game? This little tech games opens up just one possibility: more badass-looking teleportation effects! Let's face it: almost everyone's game will probably require SOMEONE to teleport. And this games shows you that you need not necessarily use RPG Maker 1's in-game warp effects to warp characters all the time. 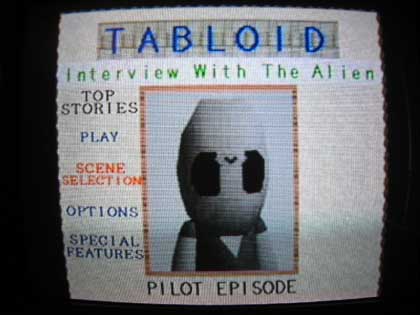 Why is this on the list?
This movie is in a class of its own. While many developers have dabbled in the idea of making a movie with RPG Maker, with varying results, Tabloid is the closest to replicating a realistic movie atmosphere. With the power of RPG Maker 2, Tabloid is able to shine with it's dynamic camera angles and backdrops. Yes, you CAN make a good movie with RPG Maker. 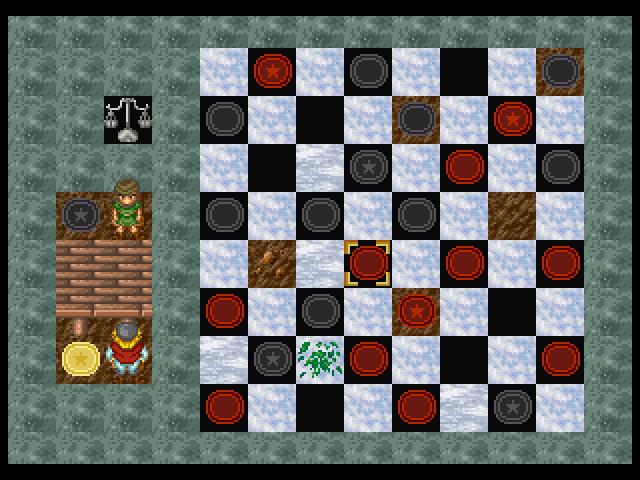 Why is this on the list?
Everyone surely know that RPG Maker is a format for developers to make 1-player games, isn't it? Well, that thought didn't cross the mind of the Checkers Plus! developer. Checkers Plus! remains the first and only 2-player RPG Maker game in existence. And to top that off, the game adds new modes that expand the traditional checkers formula. The catch to all of this? You have to pass the controller.

Why is this on the list?
Near-flawless Tetris. This game shows off why almost anything you can think of doing is quite possible using RPG Maker 2. In fact, the author believes that just about any old-school type games could be created using RPG Maker 2 (including The Legend of Zelda: Link's Adventure, which, unfortunately, didn't make the list). Videogame conversions have a new benchmark. 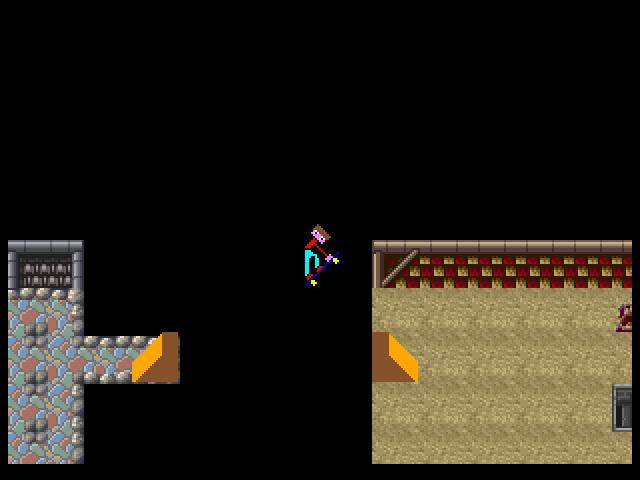 Why is this on the list?
Tony who? Nah, this doesn't have Mr. Hawk's Pro Skater affiliation on it, but it still shines in the RPG Maker game pool. Who would have ever thought that skating could adapted for RPG Maker? Crazy Skating, filled with tons of level goals and humor, manages to emulate the console experience vaguely, but it's still a blast to play. And it's still the only sports game ever made with RPG Maker 1. 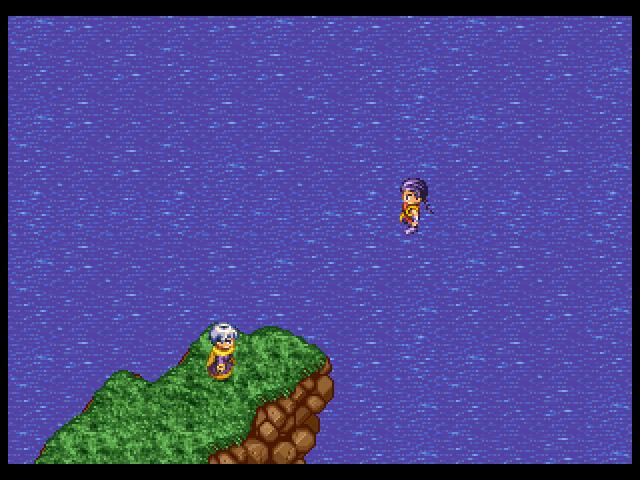 Why is this on the list?
Who says your game has to be good, either? This game damn-sure broke the rules, alright: the rules of common sense and not sucking. Granted, that's not the fault of RPG Maker itself, but it's crazy. After a 3-month mass spam advertising blitz of Agetec's forums, claiming that the game was being made by a "professional development team", the result was less than stellar. Never before nor since has anyone been so stupid as to make such a big deal about their own game. And THEN have it suck. The author is certain that anyone who saw that would never do it again. And it's never been done. 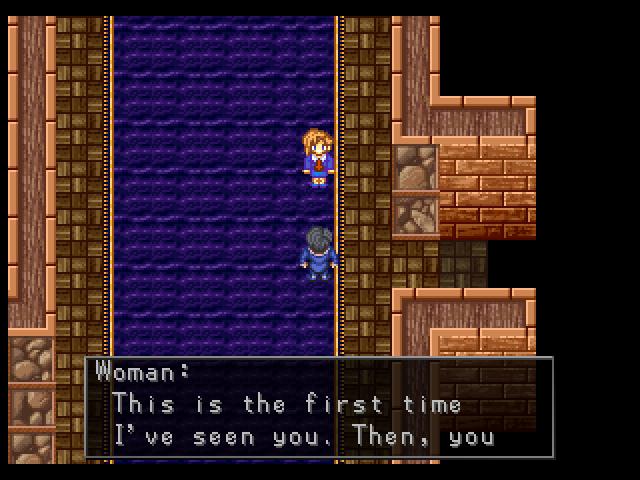 Why is this on the list?
While many developers treat the story of an RPG with care, the developer of Dark Illusions (not to mention Cursed Desires) took it a step beyond. A story of intrigue, mystery and suspense propels gamers through the lengthy adventure. Dark Illusions gamesnstrates that just because the game is on RPG Maker, doesn't mean it has to have a mediocre narrative. 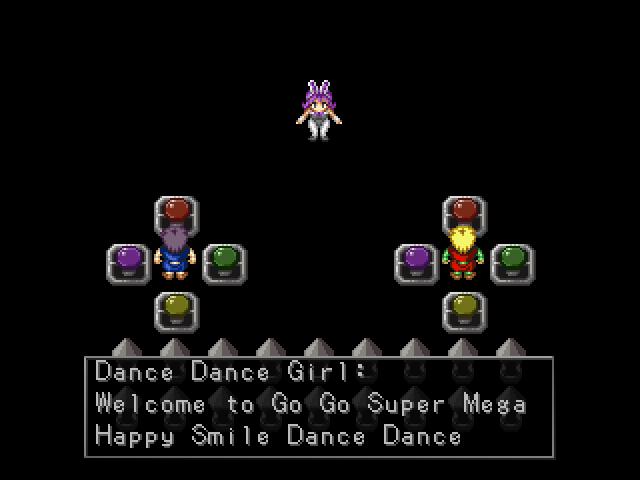 Why is this on the list?
In the beginning, everyone looked up to Gobli to determine how to make a good RPG Maker game. That was until Remote Control. Ever since, Remote Control has remained a cornerstone of the RPG Maker community since its inception. Featuring a comedic story and varied, complex minigames, it has remained, regardless of the amount of time that has passed since its inception, one of the pinnacles of RPG Maker game design. Like an EGM winner should. 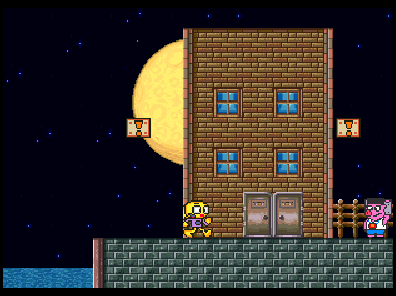 Why is this on the list?
Absolutely no one saw it coming. While all other RPG Maker developers were busy creating their own RPG, the developer of Fu-fu set out to drop a bomb on the RPG Maker community. What a bomb it was. Fu-fu was the first-ever platformer made with RPG Maker. Featuring three different worlds filed with beautiful and bountiful custom graphics and the developer's unique sense of humor, the buzz around the community in the days after its release was amazing. The developer absolutely exceeded all expectations of what an RPG Maker can do. This game is the penultimate rulebreaker of RPG Maker.