Play as a monkey, band with some likely allies, and attempt to save the Land of Steve in the short and silly "Magma Opus"! Will you take all three party members to the final boss? Or, for an extra challenge, try with less!

And within Anime Maker's rarely used Demo mode, you can watch a cat get his comeuppance in the even shorter "The Cat Who Hated Squirrels"!

"Magma Opus" and "The Cat Who Hated Squirrels" were both created on camera, in a series of videos demonstrating RPG Maker 1! The YouTube playlist can be found here: https://www.youtube.com/playlist?list=PL9kd-uZiIb9-Mn--VoaGoWJ4kNaP_duDr
And the Twitch playlist can be found here: https://www.twitch.tv/collections/AElgnIqvWxXYtw

Memory Cards: 2
Memory Card Slot: 1
Leave A Comment
You must be registered to leave a comment
Comments (1) 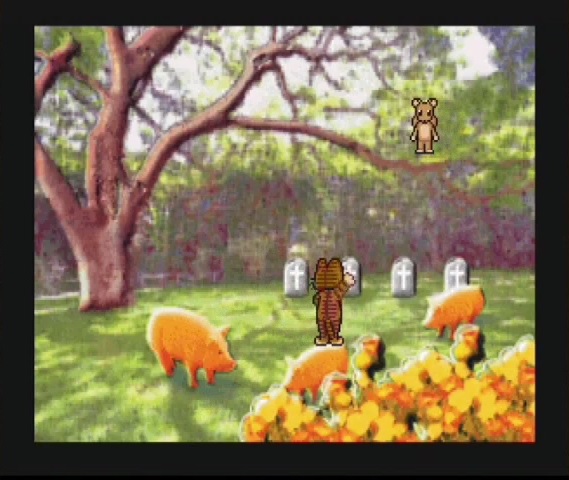