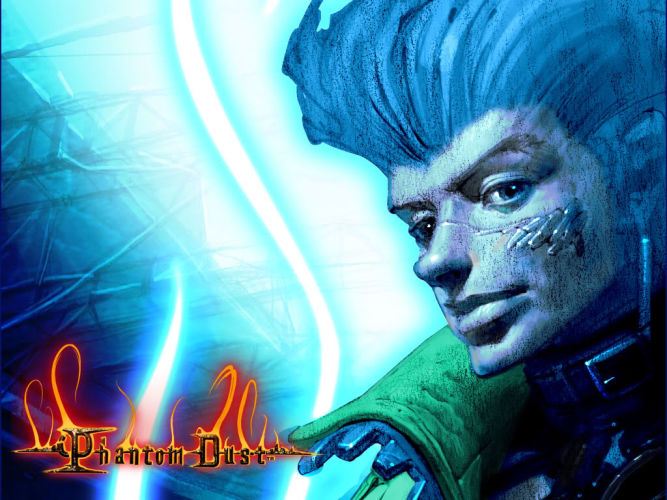 Phantom Dust is the game on the original XBox you didn't even know you loved. And it is getting a reboot. Please allow me to (re)introduce you to Phantom Dust.

Let's start off with why I am even talking about Phantom Dust after nearly a decade.

...That wasn't too helpful. But does Freya from the 2005 version look familiar? 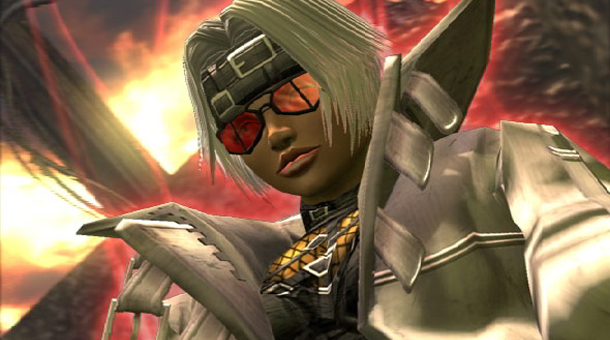 Looks kind of like the person in the trailer. 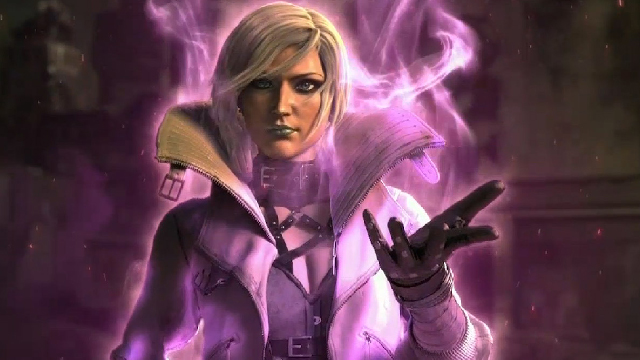 Now, that trailer didn't show anyone new to Phantom Dust what Phantom Dust is all about. I'll start with my introduction to the game. Let's go back the beginning.

(for the tl;dr version just watch this review http://youtu.be/FWa9t0Sqt6Q otherwise enjoy the nostalgia and see the review embedded below)

In 2004, a buddy of mine had imported a Japanese action, third person, card battle, post apocalyptic, quasi RPG, arena battler. Whew. Now even though it was a JPN import, the text and voiced dialog were in both Japanese and English. We were immediately reminded of the previous generation's version of this type of game, Destrega on PS1.

After a few hours playing his copy I went home with high hopes that it would make state-side since I wasn't about to import it at the cost my friend had. Sure enough, after Microsoft said it wasn't marketable in the U.S., Majesco saw the potential of this unique game and published it for the West. I ended up getting two copies so I could host LAN parties of it. Most of my friends, myself included, were really into Halo at the time. I would invite them over, hook all our Xbox's to the router and we would play Halo for hours. After a while and the game sessions either made us too angry with each other or simply wound down, we would open the floor to other games. Burnout, Super Monkey Ball, Unreal Championship II: The Leandri Conflict, Phantasy Star Online, and even Fuzion Frenzy.

Then I suggested Phantom Dust.It was an instant hit. We all fell in love.

Phantom Dust was sort of like if Magic: The Gathering were an action game. You choose your loadout, which are cards representing various actions including attacks and defenses, then they spawn on the map. During battle you pick up these cards and assign them to a face button, which is your hand if you are still following the MTG analogy. The type of cards you choose and pick up in battle add a layer of strategy that was missing from Destrega on PS1. Phantom Dust featured very (at the time) nice looking environments that were surprisingly destructible. Phantom Dust was made to be an online arena battler. But it featured a great single player campaign.

In the world of Phantom Dust, the world as we know it truly ended. A mysterious dust covers the world and once exposed to it strange things happen. People lose all memories before encountering the dust. Then everyone has the exact same flashbacks of the same events and the same person. On top of it all, a portion of the remaining population also begin to be able to change thought into reality, giving them, and the player, the power to summon fireballs and much much more. The story is dark and downright depressing. The rise you get from the battles flies in the face of the lows you feel during cut-scenes. But it works. It draws you into the further you go. Especially after the first half of the game when things begin to unravel.

Single Player Gamer really does a fine job explaining all of what makes the game great in his well made review.


Now we return to the present. During Microsoft's E3 event, we were shown that poorly constructed, unimaginative trailer. It makes me wonder if they simply don't have anything to show yet but showed something anyway. Which seemed to be a theme this year:

In case you are thinking, damn bot you dumb. They did show more of Halo 5. That last trailer is not for Halo 5 but is for Halo Master Chief Collection. I'm getting distracted here...

Anyway, I was wondering if they don't have anything to show yet, or if they are repeating their past mistakes of thinking Phantom Dust is not marketable to the West by trying to trick us into being interested. As if they are hiding the game behind a bland trailer. Either way Phantom Dust will always be a highlight in my library regardless of what they do with this reboot.

I was planning on going into speculations about the reboot here but honestly there is too little information. We knew the reboot was coming for some time. It was hinted at by people involved for about three years. But it doesn't seem like any of that time was spent building the game. More like it was having trouble even getting a start. My hopes for the reboot's success aren't high but I do wish it well. If only it weren't an XBox One exclusive. Time will tell.

It sucks that the version recently developed by Darkside games was canceled. it looked fantastic!

I am in the process of making a game based on this game! Should be fun!

GAH! Xbox One exclusive, huh? This game looks very interesting, and from your personal experiences with the game I am sold. I really hope this one ends up on PS4 or Steam somehow.
< First | Previous | 1 | Next | Last >