SUMMARY
The peasants have dared to revolt against their insane, tyrannical king, and it is YOUR job to put a stop to them!

As the irrational Corporal Buggy Bear you will recklessly visit dangerous places such as Dimension W, the Fortress of Xuvvtguvzx, and a quaint peasant village! Perform heroic deeds, such as single handedly storming a castle, racing a cunning rooster through a trap-laden obstacle course, as well as gathering turnips! Recruit daring and heroic companions, such as the incompetent Donald McBubblebee! Can you HANDLE this much gratuitous excitement?!

FEATURES:
*NO random encounters *No combat at all, really. *A giant carnivorous squid. *Puzzles and mini-games make up the bulk of the gameplay. *Gratuitous explosions *A bizarre preoccupation with turnips. *An unusual amount of violence targeting musical instruments *Linear story line violently suppresses exploration *An alternate ending and cutscene branches. 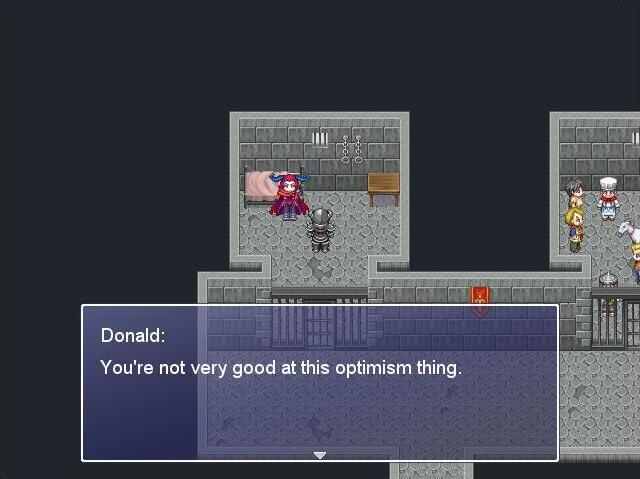 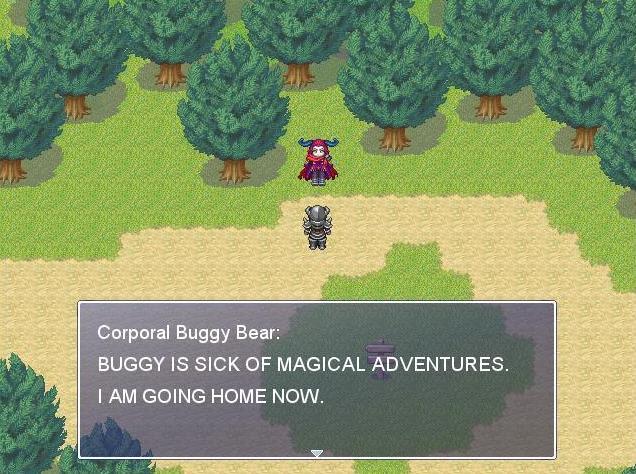 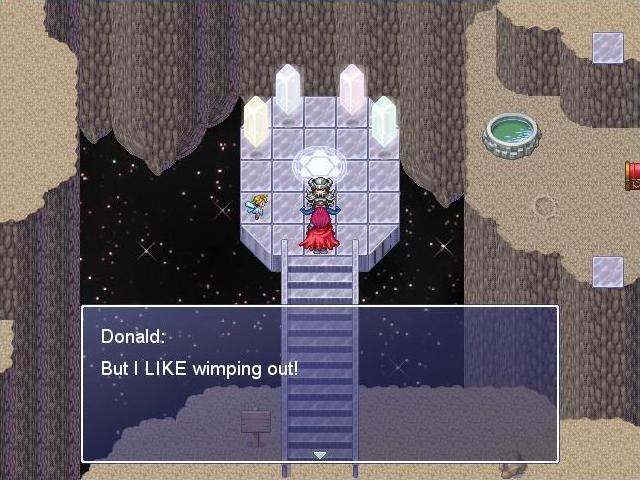