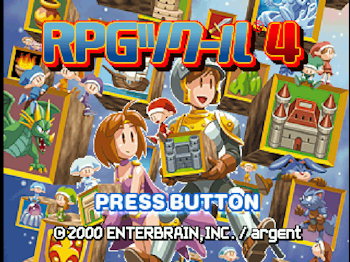 RPG Tsukūru (RPG Maker for us) has had a long history and its presence in video games has been around since the Game Boy and even the Famicom years, but its early titles were never localized for gamers outside of Japan. America had its first taste of the series with RPG Maker 1 (RPG Tsukūru 3 in Japan), a Playstation 1 title that had its share of flaws, but was still enjoyable even if the process of creating games was tedious due to the inevitable limitations of it being on a console (writing dialogue with a D-Pad was a chore). A few years later RPG Maker 2 arrived for the PS2, confusing everyone with its complicated and befuddled menu systems wielding a steep learning curve. On the other hand, RPG Maker 2 was a powerhouse for game design when mastered.

Oh yeah, and then there was RPG Maker 3, but that never happened.

Anyway, back in 2000, Japan had something great, a treasure in the Playstation's library that us gamers that loved the idea of game creation could only dream of obtaining. 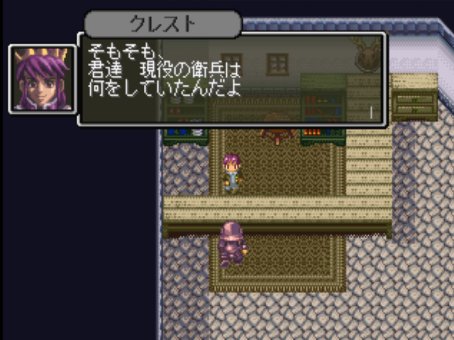 RPG Tsukūru 4 was the sequel to our RPG Maker 1, but it stayed in Japan. This was the supreme product, a king that reigned over every other console Tsukūru before it and represented everything that was great about them. I believe this wasn't just a sequel, it was a definitive homage to the old Super Dante games on the Famicom. And even if that may not be true, at the very least I'd like to believe that someone who spent hours trying to perfect their Final Fantasy on a dusty RPG Tsukūru Super Dante cartridge was around to see the release of RPG Tsukūru 4 and rejoiced. The game took everything RPG Maker 1 had and polished it while adding new content. 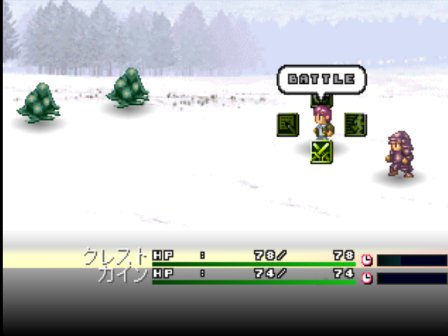 Two of the additions that made RPG Tsukūru 4 rise over its predecessor were variables and timers. To those that are more familiar with the PC RPG Makers these sound like commands that RPG Maker VX - or any PC RPG Maker for that matter - can handle with ease, which is entirely true, but for RPG Tsukūru 4 they opened the door to making better and more complex games. The game also contained an improved battle system similar to Final Fantasy. A side-view ATB battle system that was much more exciting as opposed to RPG Maker 1's bland first-person affair. When it came to editing the mechanics of it, you could add spells, items, and even CGI summons, along with all sorts of stuff. 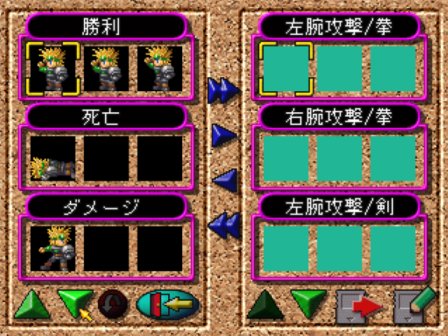 The game's second disc contained an enhanced Anime Maker, where players could meticulously create frames and even more frames for their custom sprite characters. RPG Tsukūru 4 just had a lot of great content. Even simple aspects like the removal of tile-by-tile walking made the game a huge improvement over RPG Maker 1. Had this been released in America, I bet it would have been a classic. Instead, we had to stick to RPG Maker 1 for better or worse, and after the release of RPG Maker 2 and 3 the console makers faded away. The PC RPG Maker series continued with its versatility, making it easy for anyone to develop a game without having to actually code it from scratch.

Although creating an actual game can be difficult considering the fact that RPG Tsukūru 4 never received a legit localization, a fan translation for it has been made by members of this site. Check it out below. In the end, RPG Tsukūru 4 is a fascinating and obscure part of the Playstation's history and definitely worthy of your time.

Just don't talk to me about RPG Maker 3.

Good to see an article, Duel. It's a nice overview.