This score is based on 2 User votes.

SUMMARY
This tree has many branches. Which one will you climb?

The scattered survivors of Mercer's brutal rampage have gathered in the
safety of an ancient hilltop fortress, where they could rebuild their lives in
peace. Slowly the town of Moyos emerged, and even began to enjoy some
prominence in the arts and sciences, but all was not well with this small
society. Many of the original pillars of the community have fallen, either
by death or decrepitude, and it's now up to you to help the town get back
on its feet again by becoming a Jack or Jill of all trades! Open the shops
and the restaurant, decorate the town, get married and have a child if you
like, help your neighbors, and provide some entertainment!

- Choose whether you play as the male hero Victor, or the female heroine Zoey!
- Become one of 4 different teenage characters, and one of 8 different adult characters based on your actions in the game!
- Launch you career as an artist, chef, romantic, trader, musician, saint, archaeologist, and/or thief!
- Become an archer, mage, magic knight, adventurer, or summoner
- You only HAVE to fight one battle to beat the game, and if you're clever you can do it without training
- 30 playable characters
- Interactions with NPC's change according to who you are playing as, and your level of game completion
- Get married to one of 16 different people, and have one of 3 children
- 384 different families can result!
- Many, many minigames, puzzles, and sidequests
- Yearly seasonal cycle, and randomly changing weather
- One map, but many climates and terrains to explore
- Complete all 7 main quest paths to beat the game, at which time you will earn one of four rankings
- You can continue to play after the ending if you wish
- 3 different endings
- This game is relatively short, with a very high replay value
- Play again to marry someone else, become a different adult character, see a different ending, or achieve a higher fame ranking! 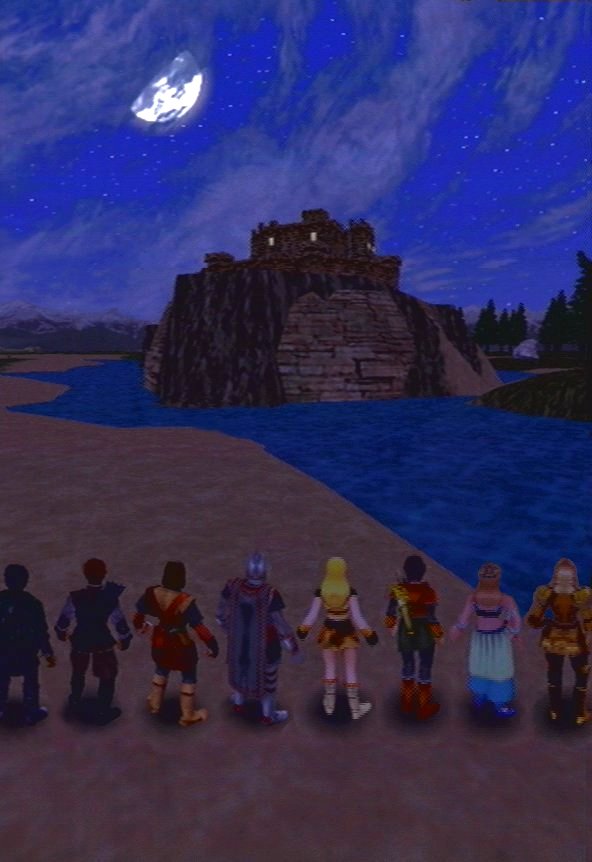