(Previously "EASY / FINAL / UNLOCKED" version, allowing battles to be turned off and making certain other things easier in the game.)

Updates to this version include:

+ Context continuity corrections (such as changing "light" to "Light).
+ Battle player gets HIT action added (now you can tell you have actually been hit), and "Low Health" indicator (now you can tell when you are about to die).
+ Ability and Magic details in the Ability Submenu.
+ "True Ending" can now be viewed properly, no mysterious black screen with sounds.
+ Save Spot added to Bonusland (now you can save in the Bonusland, after defeating Mortat and watching all the endings). Makes it more easily replayed.
+ Level Doors now remind you how many Lights you needed to open them, and make a different, "successful" sound before opening. Making it easier to track your progress.
+ Boss Names added, since there were none before.
+ More additions to the Instructions, giving more useful information.
+ Bonusland abilities can now be used no matter which side you activate them from.
+ Ability Dude makes more FX when you talk to him, does flashier SFX when you gain an ability, and knows if you are a "Dude" or a "Dudette".
+ More FX and animation for when you rescue a Defender Of Light.
+ Updated sprites, title screen, ability indicators, in-game animations, level design and text.
+ Bug removal patch!
+ Redesigned Character Shields (Ability Symbols)!
+ Improved Final Ending Screenshots!

* This version has been unlocked to allow viewing of the source code. (Although, I would strongly recommend actually playing my game.)

* With any luck this will be and is the absolute, most complete, and FINAL VERSION of this game. It should be considered the version to surpass all others, the "OFFICIAL COMPLETE (FINAL) RELEASE VERSION", making all former versions obsolete.

Notes: Defenders of Light was the winner of the Pavilion's final exclusively RPG Maker 1 contest, which was never actually titled.

Memory Cards: 3
Memory Card Slot: 1
Leave A Comment
You must be registered to leave a comment
Comments (0)
IMAGES 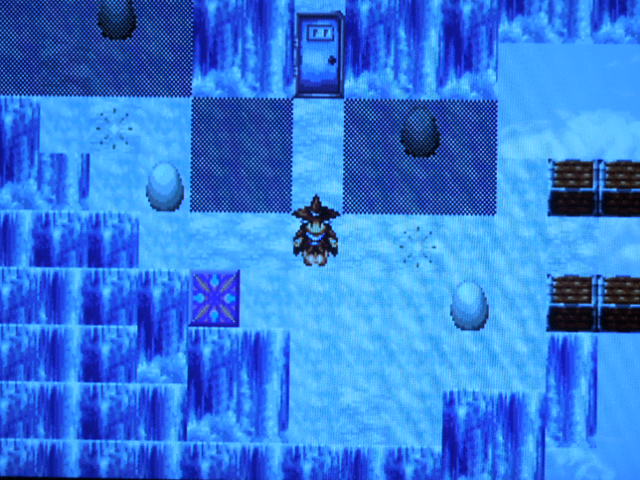